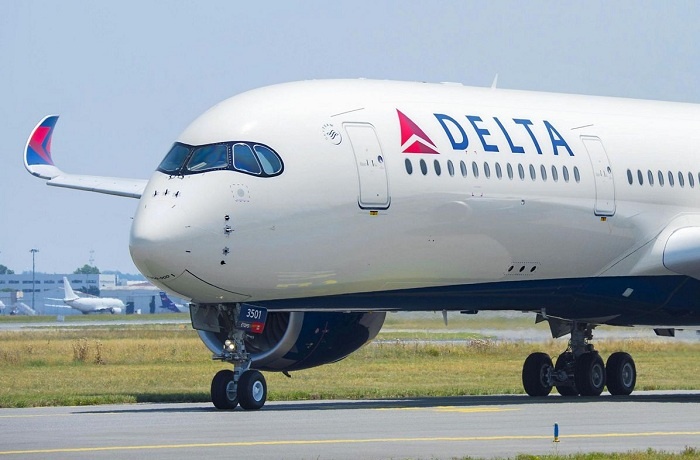 The figure compares to a profit of $946 million for the same period last year.

However, the carrier sought to reassure investors, stating it had $6 billion in unrestricted liquidity on hand at the end of the March quarter.

“These are truly unprecedented times for all of us, including the airline industry.

“Government travel restrictions and stay-at-home orders have been effective in slowing the spread of the virus, but have also severely impacted near-term demand for air travel, reducing our expected June quarter revenues by 90 per cent, compared to a year ago” said Ed Bastian, Delta chief executive.

“Delta is taking decisive action to prioritise the safety of our employees and customers while protecting our business and bolstering liquidity.”

Delta said it was making significant cuts for the June quarter, with total system capacity down 85 per cent, including domestic down by 80 and international capacity down by 90 per cent when compared to last year.

The carrier said it has also parked 650 aircraft for the next three months and begun consolidating airport facilities, with temporary concourse and Delta Sky Club closures.

The company added it expects total expenses in the June quarter to decline by approximately half, driven by a cut in spending on fuel.

In line with other US-based carriers, Delta has also received government support from the Coronavirus Aid, Relief and Economic Security (CARES) act.

This includes payroll support of $5.4 billion, comprised of $3.8 billion of direct relief and a $1.6 billion low-interest, unsecured ten-year loan.

Delta said it had already received $2.7 billion of the cash and expects to receive the remainder over the next three months.

In return, the United States treasury will receive warrants to purchase over 6.5 million shares of Delta common stock at a strike price of $24.39 with a five-year maturity.

Bastian added: “I would like to thank the president, members of Congress, and the administration for their bipartisan support of the payroll support program under the CARES Act, which recognises the important role the airlines play in the United States economy.

“The payroll support program will help safeguard Delta jobs while positioning our nation for recovery.”